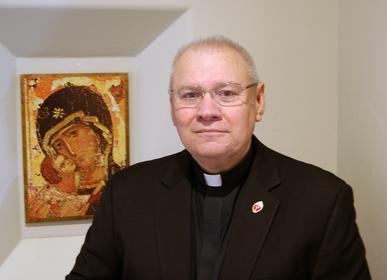 The Reverend John LesCallett served as lay reader in change and now victor at The Anglican Church of the Atonement.

Father John has been instrumental in stabilizing this congregation following the retirement of their former vicar the Revend Dan Robling.

Having worked as a primary field consultant in Stewardship and Evangelism for the Episcopal Church Center in New York, LesCallet has worked in congregations and dioceses all around the United States. Since joining the Anglican Church in the Diocese of the South West States he serves the diocese as Stewardship Advisor. Father John LesCallett and his wife Ranee have five children and ten grandchildren, and have resided in Mesa Arizona for the past ten years.